Number one reason you should go: Clockwerks Brewing may be new but they’ve already made an indelible mark on my own mental brewery map of the Twin Cities. And the best part about Clockwerks: the beer is driving the show. Go to remind yourself why you go to breweries in the first place: local, unique, surprising, outstanding beer.

Before our visit to Clockwerks Brewing, I was initially impressed a taproom would wantonly refer to itself as “steampunk-inspired” in 2017. I say that only half-disparagingly – at least they didn’t describe themselves as “urban rustic” or some derivative. Brand marketing is a tough line to walk as an eating or drinking establishment in the modern era. Either you’re distressingly self-aware or you have a Facebook with three blurry pictures on it – rarely is there an in-between. Speaking of derivations/digressions…

Here we are at Clockwerks, looks like a fairly regular door that can accommodate the average human oh what’s down here 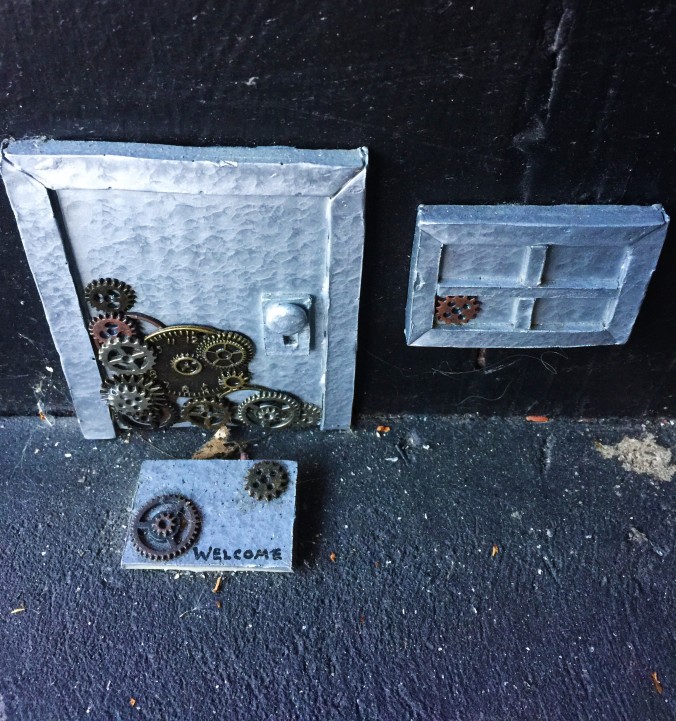 Upon entering Clockwerks for the first time, my immediate thought was, “Now this is a lounge.” Edison bulbs of different shapes and sizes hung from the ceiling, lowered to the correct mood lighting level and complimented by a generous helping of Christmas lights strung from wall to wall. Trunks, antique chairs, benches, and leather nooks comprised the ample and varied seating options and the temperature was, blessedly, regular. Copper columns flanked the space, while a wrought iron tap support and an intricate structure of clock gears helped lend credence to Clockwerk’s steampunk aesthetic.

We were impressed by the physical space, and we weren’t alone: the taproom filled in over the hour we were there. The crowd at Clockwerks reflected its mod & central downtown location: sophisticated, urbane, late 20- to early 30-somethings. Many came for something called “Mystery Night,” a sort of escape-room-on-paper. The pool table was also a popular spot, occupied throughout our visit. 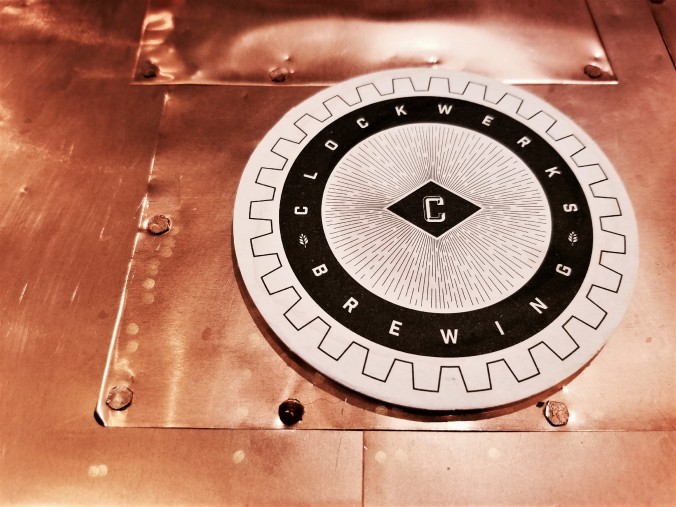 Clockwerks is a small taproom, which is fortunate as NPR just asserted The Next Big Thing In Beer Is Being A Small Taproom. They do not can, bottle, or distribute any of their beers. Rather, they rely on their 7BBL brewhouse to make smaller batches of beer that they serve in-house. This allows them to remain flexible with their beer offerings and do cool things like reserve one of their taps for a home brewer.

Clockwerks’ focus is session ales, which is great for me as session IPAs are my absolute favorite thing. All that flavor without all the calories, and less alcohol so you can drink more of them (and promptly mitigate aforementioned lack of calories)!

Clockwerks’ beer is very, very good. While tasting their varied and flavorful options, I had the thought that while there are many Twin Cities craft breweries with one or two standout selections, it’s not often you find three, four, five, or six hard-hitting, exceptional brews. Clockwerks is that brewery. We have a guest beer reviewer this time around: my wonderful fiancé Adam. Two things before presenting these reviews: (1) I want to double-highlight the complex, wine-like Cyr Strong Belgian and (2) dispute the Alt review. I thought the Alt was a perfect session ale: pine-y and drinkable. And after second taste, Adam agreed and acknowledged he would rated it higher than two bottle caps on a repeat critique.

One final note about food: just going by the Clockwerks website food page, you wouldn’t think they make their own food. But they do! Our group split a charcuterie board with three kinds of cheese and three kinds of salami. I don’t remember what they were but they were [a-okay emoji]. Also: mismatched plates!

One thought on “Clockwerks Brewing”