Cons: Your lazy, worthless friends will like it so much they won’t come with you when you move on to the next bar.

Number one reason you should go: Fair State Brewing Cooperative has achieved the seemingly impossible task of engendering a legitimate craft brewing/beer drinking community instead of just paying lip service to it. And the beer, as the heart of the whole experience, is dynamite.

“Drink like you own the place,” recommends Fair State Brewing Cooperative‘s taproom page – a scenario that, for many visitors, could literally happen. Fair State is a community-owned brewery, offering memberships in exchange for happy hour deals, voting rights, new beer recipe input, priority access to new beer releases, and other benefits. 5×7 photos of members attached to clipboards plaster almost the entire length of one wall, and with events like Wednesday night trivia, new beer Thursdays, and co-op member Mondays, Fair State seems to take their self-induced charge of embracing the community in which they operate seriously. 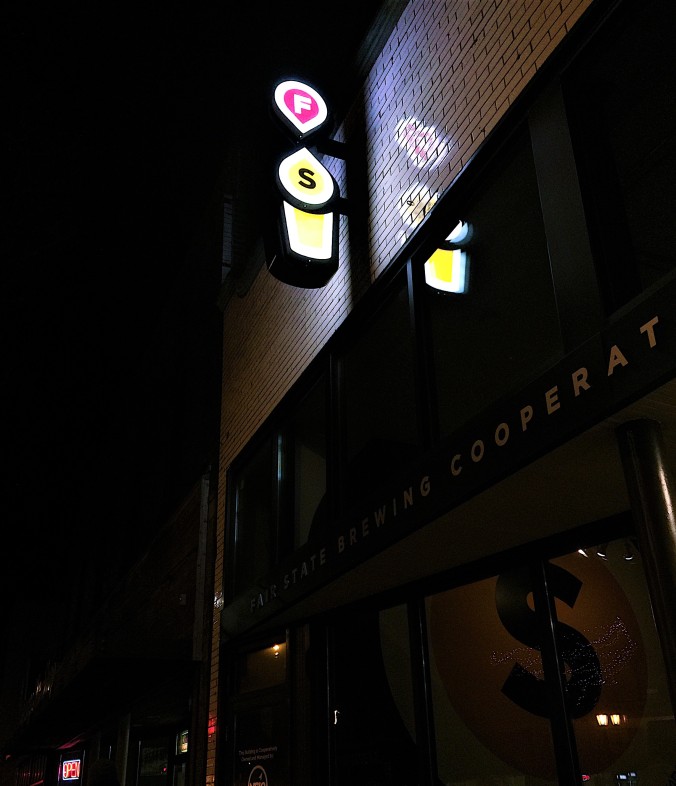 We came to them on an unnaturally cold November night, and gladly entered the bright, warm, busy-but-not-crowded interior. We were there to meet friends – an activity it seems Fair State was designed for, with long, simple wooden booths, tables easily pushed together, and lightweight aluminum chairs that could be shuffled around without effort. Families, seniors, and hipsters alike lounged about, fulfilling Fair State’s assertion they are open to “beer lovers of all stripes.” Click here for head brewer Niko Tonk’s enlightening views on beer’s cohesive place in society in his interview with The Growler. 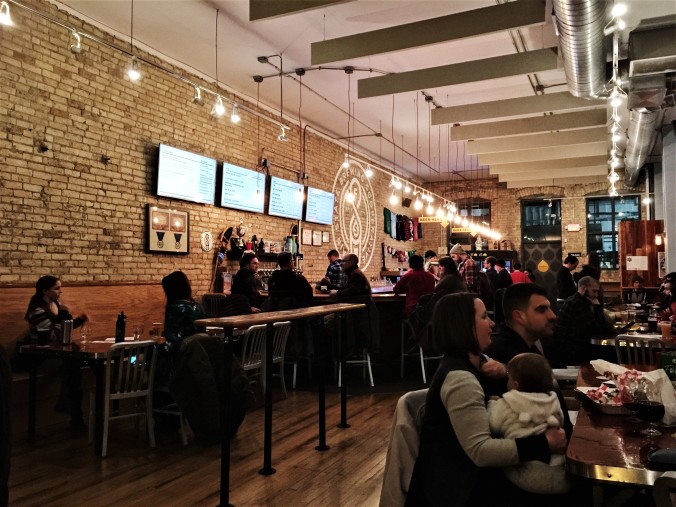 Logo art from the prolific Dusty Signs canvassed the wall opposite the member pictures. I learned about Dusty Signs and its founder Dan Madsen (a 3rd-generation sign painter) from our beer-drinking companion Nathan, and was excited to learn he had also designed and/or installed the artwork for Bauhaus Brew Labs, Fulton, and Indeed Brewery.

The beer is probably the best aspect of Fair State. Their selection is many and varied, with a few standing options in addition to a wide rotating selection. When we were there, the 4HOP Sour was a standout, with a nice balance of bitter and tang coupled with a mild, sweet finish. A theme among Fair State’s beer was a reserved adventurousness; their brews unusual enough to interest craft beer enthusiasts; their flavors mild enough to entertain even the most particular of pallets. You can read my review of the 4HOP, as well as the other beers we tried, at the Untappd links below: 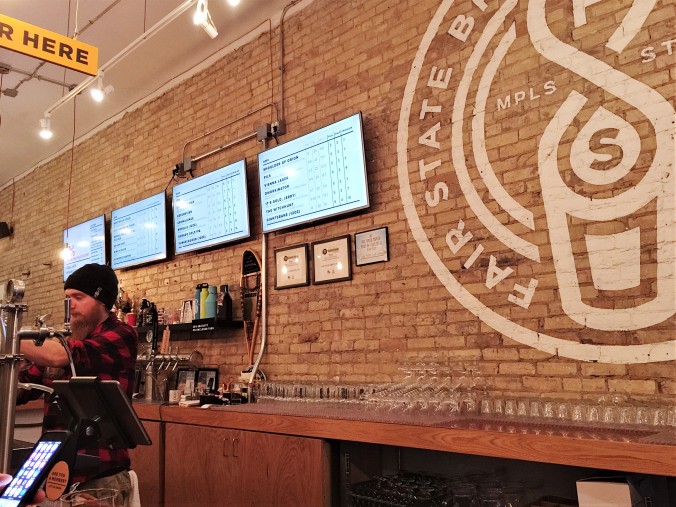