Number one reason you should go: If you’ve ever wanted to drink a quality porter in the Coliseum, Flat Earth will provide an experience pretty close to that. Go in the summer and have a couple on the patio.

When it comes to breweries, there’s a spectrum of elegance that ranges from “unadorned garage” to “multi-million dollar complex.” Flat Earth Brewing Company, however, defies simple placement upon this range. Walking in, we had to make our way around the many pieces of literal shrapnel strewn about the sidewalk, and Mandi’s car executed a scary dip while she attempted to park in the gravelly dirt parking lot. But Flat Earth’s location in the old Hamm’s brewery building imbues it with a grand impression – rough and stripped down, for sure, but in the way of Roman ruins. Google street view for evidence.

There are many interesting aspects to Flat Earth Brewing’s taproom. For instance, their entrance felt like the gateway to a haunted house in a way that I don’t think was intentional. Also, the little windows on those doors have little doors that open from the inside, making this the Best Door we’ve seen on any brewery so far.

Walking in, two more interesting aspects were there to greet us. For one thing, a group called Conservation Corps (according to their website, they “provide meaningful work for young people in conserving energy, managing natural resources, responding to disasters and leading volunteers”) was holding an event in the front hall in the company of a gorgeous Christmas tree. And back in the taproom, Mario Kart was being played in a giant projection on the wall, Up Down style.

A few more unconnected thoughts: it smelled like an antique store. The beertenders seemed weary and, according to Evan, their service was slow. The clientele was…clientele. Unless we encounter a brewery wholly populated by octogenarians, I’m going to stop trying to explain the demographic of brewery-goers because honestly, they’re all the same. Late twenty- to early thirty-something hipsters. Then there’s…whatever this is.

As a final non-beer-related note, I also highly recommend checking out the links under “Links We Like” on Flat Earth’s “extras” page for some quality conspiracy theories and late 90s website design.

Typically, breweries flaunt their IPA as their most well-developed, popular beer. But Flat Earth is unique in that their porter instead holds this coveted spot. And it is indeed a great style to order there. We enjoyed the complex, coffee/roasted flavor of the Cygnus X-1 Porter (3.5/5). You can read our reviews of their other brews at the Untappd links below (thanks to Adam for most of these). 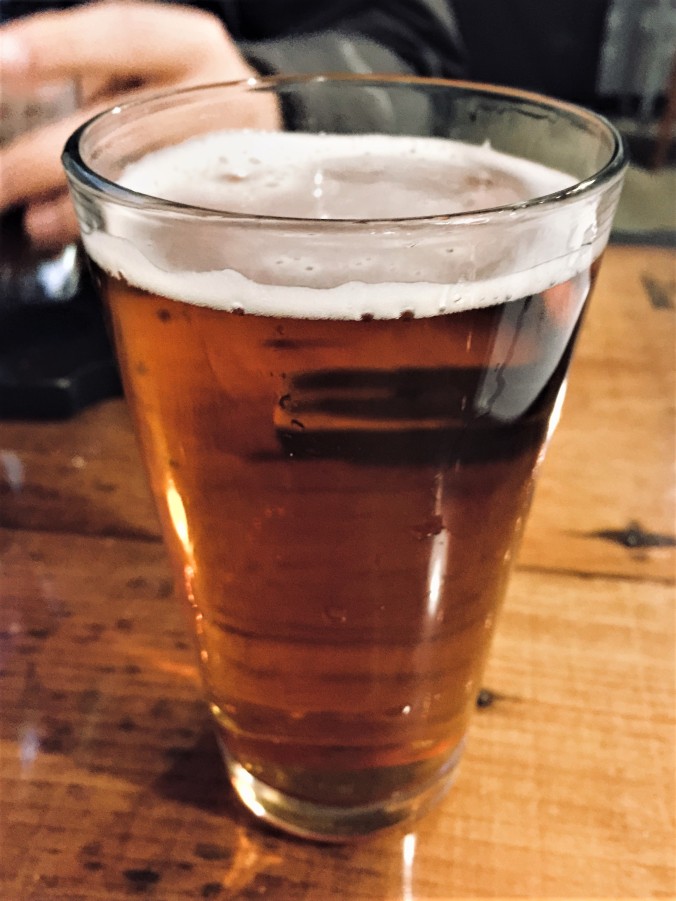