Cons: Probably going to be pretty crowded and loud, at least for a few months

Number one reason you should go: Do you hate the hungry? No? Well go do your part as a charitable human and have a beer at Finnegans House.

On St. Patrick’s Day 2018, Finnegans, a brewery that has been making beer in Minnesota since 2000, left their longtime home at Summit Brewing to open their own brewery/taproom in East Town Minneapolis a few blocks away from U.S. Bank Stadium. They deemed it: Finnegans House. 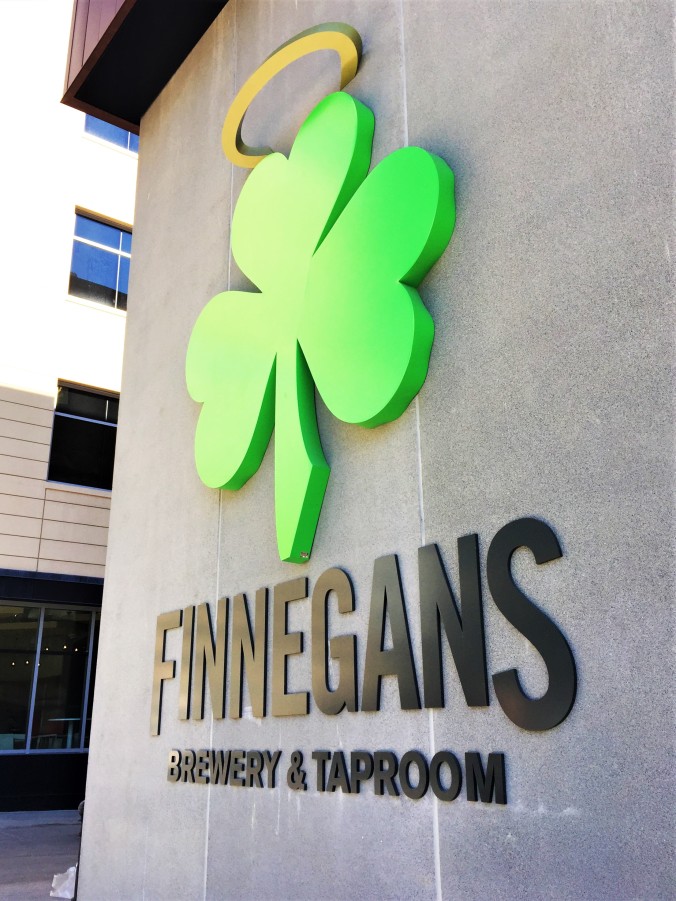 Finnegans’ opening on March 17 was a temporary one. After that day, they would be closed again until the 30th. Therefore, we arrived at this monolith not expecting to get in on this busy day. Sure enough, at the entrance we were told it was full and to go around back to the beer tent. At the beer tent, however, we discovered a loophole: the back door. Customers were flowing freely from the brewery to the tent and back, so we were able to join the throngs and make our way inside.

Finnegans and their brewery are unique for a few reasons. The first, as many know, is that Finnegans is actually a non-profit company; 100% of their proceeds go to alleviate hunger through the Finnegans Community Fund, which partners with local farms to bring fresh produce to local food shelves. 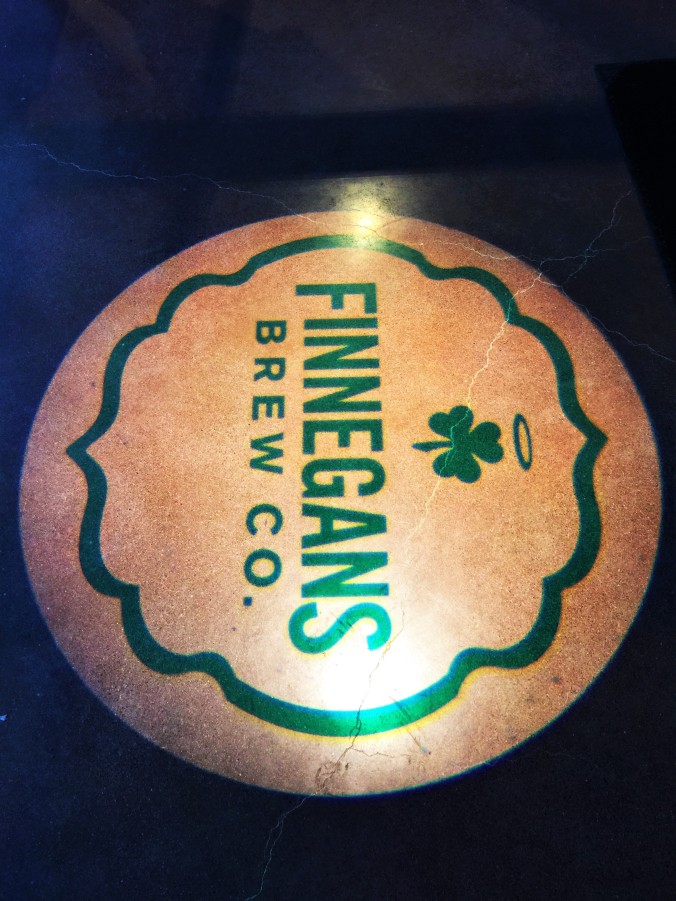 The other unique thing about Finnegans is their taproom itself. First of all, it comprises three floors. On the first floor is the public bar / stage / beer hall / lounge. I describe it in those four words because it literally is all four of those things. Behind the bar, a massive glass wall provides a clear line of sight to their brewing operations. The decor of the space reminds me of Surly: industrial chic, emphasis on the chic. 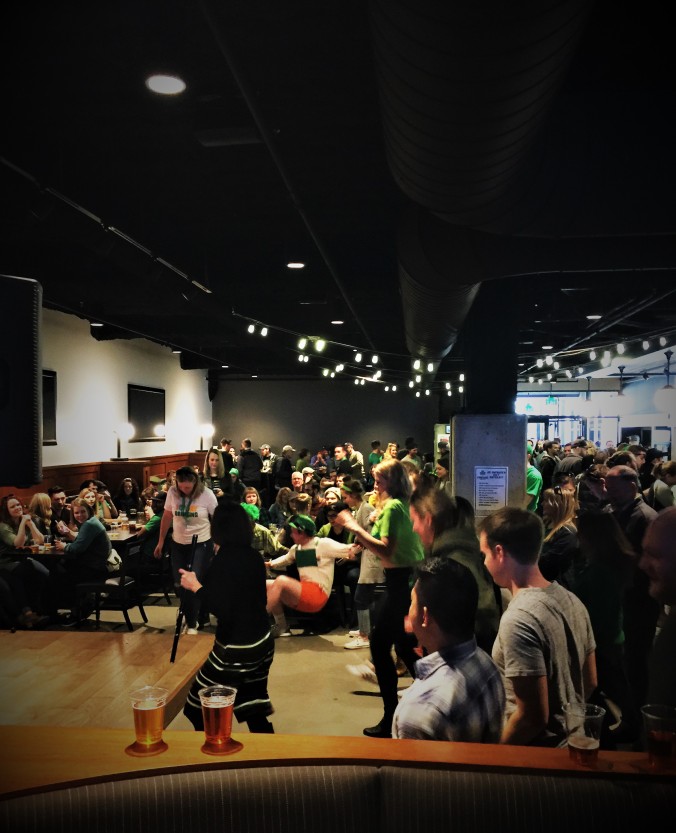 An instructor teaches Irish dance to a group of drunk St. Patty’s Day revelers in the beer hall / stage section. To the right is the bar and glass wall, and behind me is the lounge area with comfy chairs and booths.

On the second floor is the Brewer’s Den, a members-only taproom and beer club. The third floor houses the FINNovation Lab, a “social business incubator and accelerator” working in conjunction with Impact Hub-MSP, a network of co-working spaces geared towards positive social and environmental change.

But what of the beer? First off, I’d like to call out a beer that we tried before the grand opening, which is Finnegans Dead Irish Poet Extra Stout. Dead Irish Poet’s smooth, ingratiating coffee taste won out in a blind taste test (consisting of Adam, Mandi, and I) against five other stouts and porters, including the likes of Great Lakes Edmund Fitzgerald Porter and Able BLK WLF Stout. All of us rated Dead Irish #1, and Adam and I liked it so much we’re serving it at our wedding in June! You can read our reviews of that beer, as well as the other Finnegans brews we tried, at the Untappd links below: 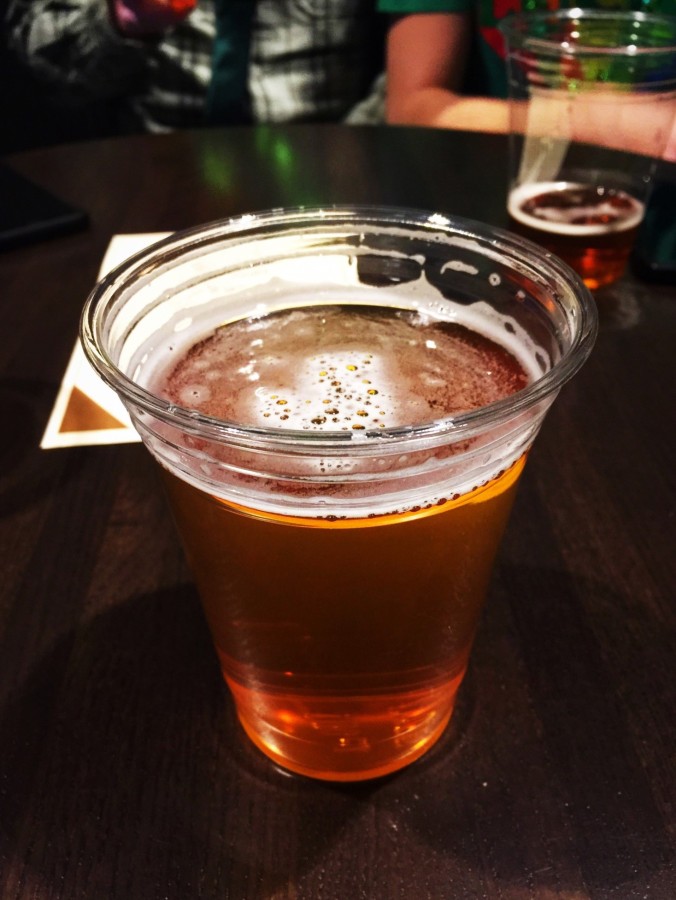