Cons: Expect crowds and noise (or try them at 6 p.m. on a Sunday)

Number one reason you should go: FOMO

Though the next brewery on the list was technically Indeed, we decided to skip ahead and hit up Modist Brewing Co., both because it completes the Fulton–Inbound-Modist North Loop Brewery trifecta and because we wanted to get it in before Mandi moves away this summer. 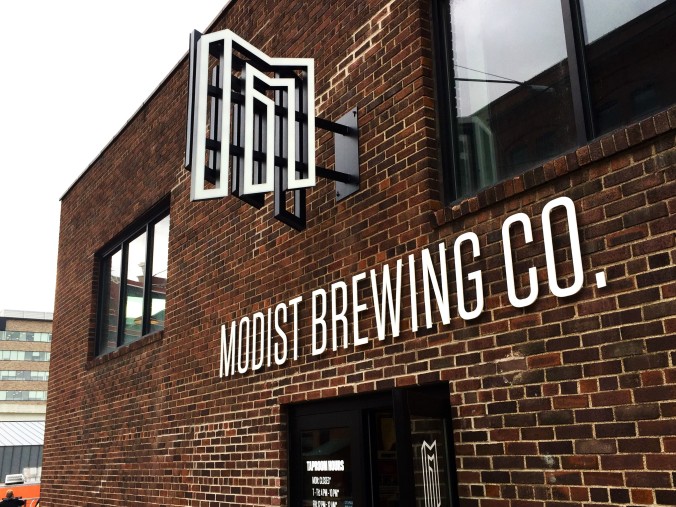 I was excited for Modist as I had heard nothing but good things about it online and from coworkers and friends. For that same reason, I was also wary of it in the way that I am wary of other popular breweries like Surly, Barrel Theory, and Dangerous Man. Popular breweries are awesome (there’s a reason they’re popular), but it also means that people – lots of people – go to them. 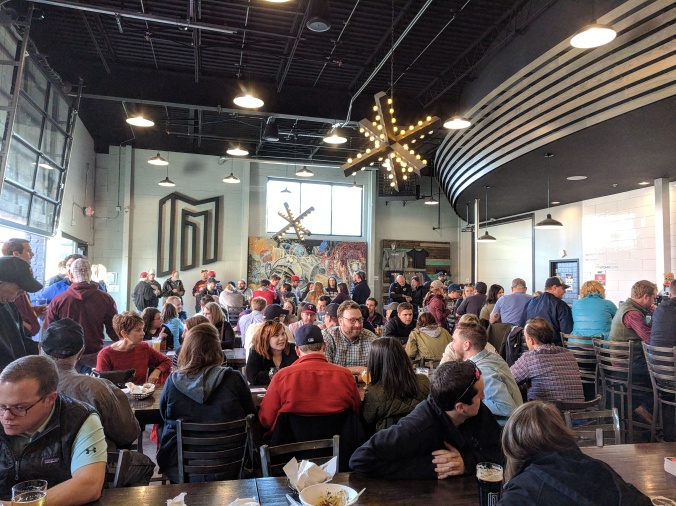 Predictably, Modist Brewing was packed on a Friday night. We thought it might clear out when the Twins game began, but it only grew louder and more crowded as the evening went on. All around us, thirsty post-work North Loop-ers gathered for pints and a bite from The Curious Goat, the food truck permanently parked outside. 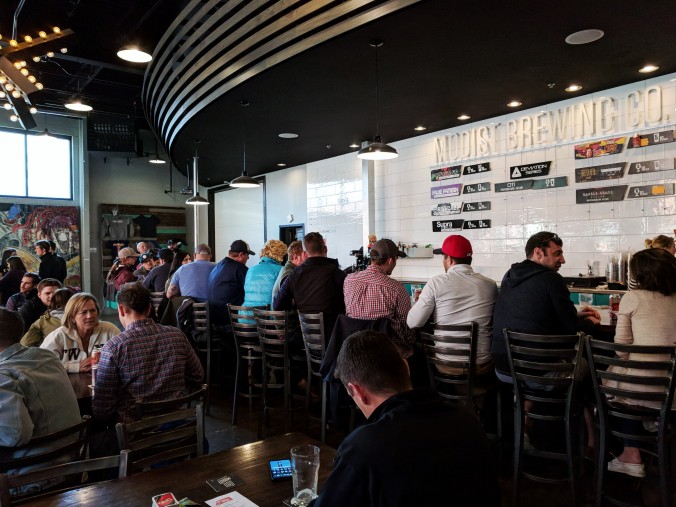 Thankfully, Modist Brewing has a pleasantly large space, and we were able to find a counter to lean on along the open partition that separates the taproom from the brewing operations. From that vantage point, we marveled at the various interesting elements of Modist’s back room: a basketball hoop, a sound stage supported by kegs, and the twirling conveyor belt of the canning machine that looks like a strand of DNA. Also, this: 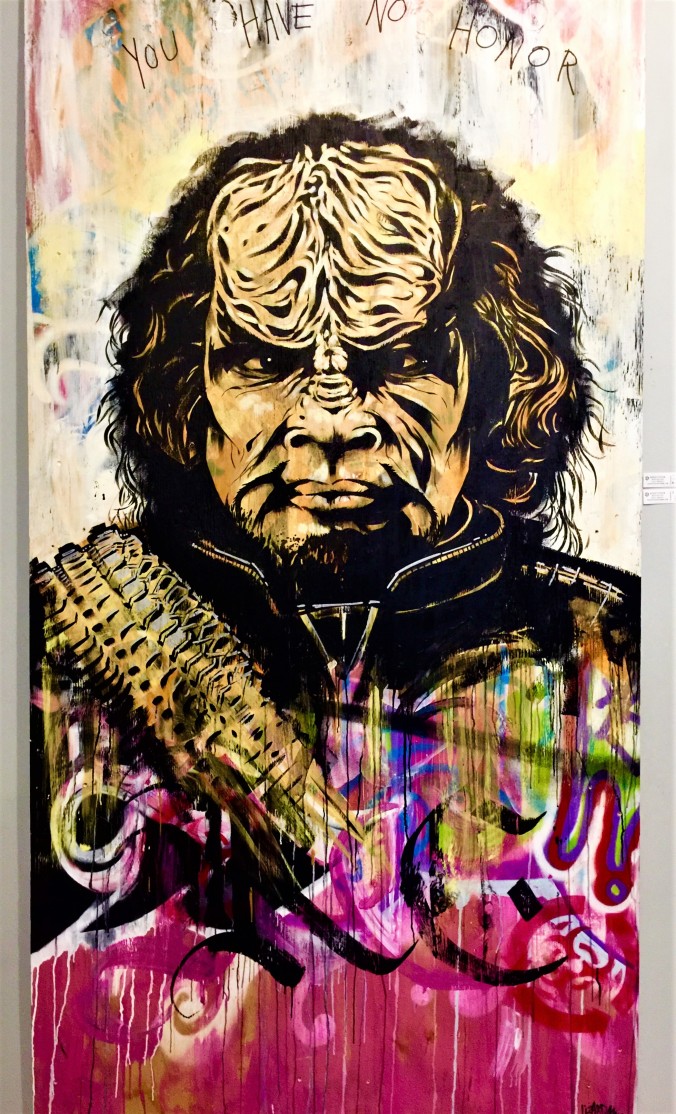 The second definition of “modist,” according to Modist’s wall, is “a modern artistic expression utilizing modification to achieve a self-conscious and intentional break from the conventional.” Indeed, there is little about Modist that can be described as conventional. 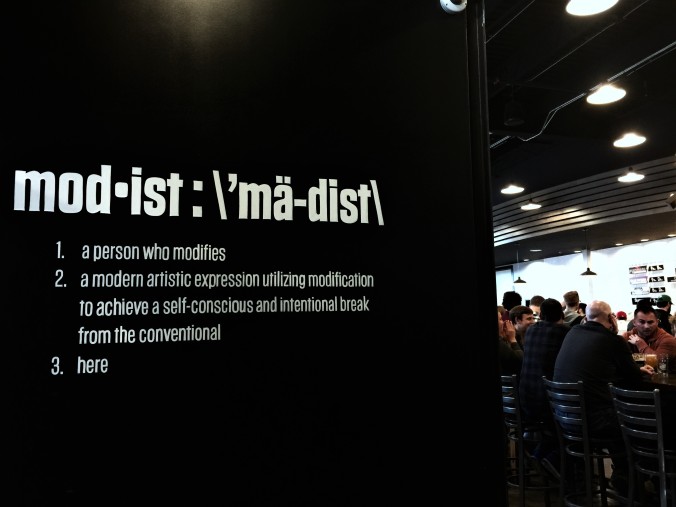 (Warning: automatic video play for the following YouTube links.) For one thing, they’ve partnered with local celebrity Har Mar Superstar to create the Har Mar Superstar’s Bye Bye 16 Ounce Personal Tall Boy Best Summer Ever Beer, an accomplishment that deserves props on name alone. And who can forget the Budweiser / Dilly Dilly “scandal,” wherein Budweiser told Modist to back off their intellectual property in the most entertaining way possible? (The scroll from that video is now framed and on display in the brewery.) Finally, there was a dog birthday party going on at Modist while we were there. A. Dog. Birthday. Party. The dogs were wearing party hats. I mean…come on. 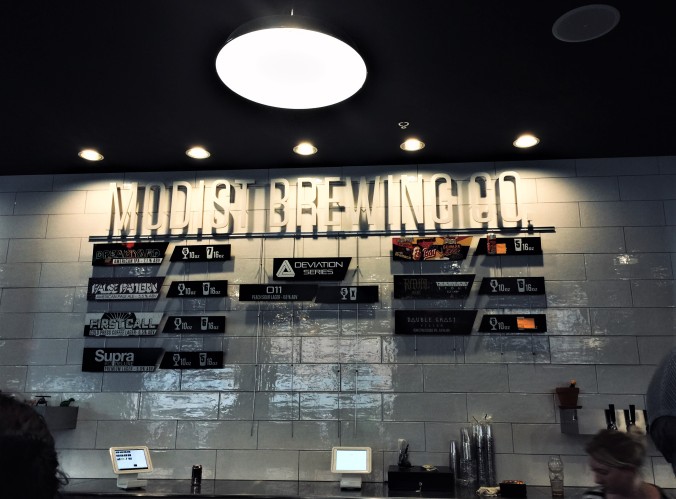 As for beer? Modist seems set to knock it out of the park in that arena, too. City Pages deemed their DREAMYARD IPA the Best Twin Cities Beer of 2018. See below for links to our Untappd reviews of that brew and more: 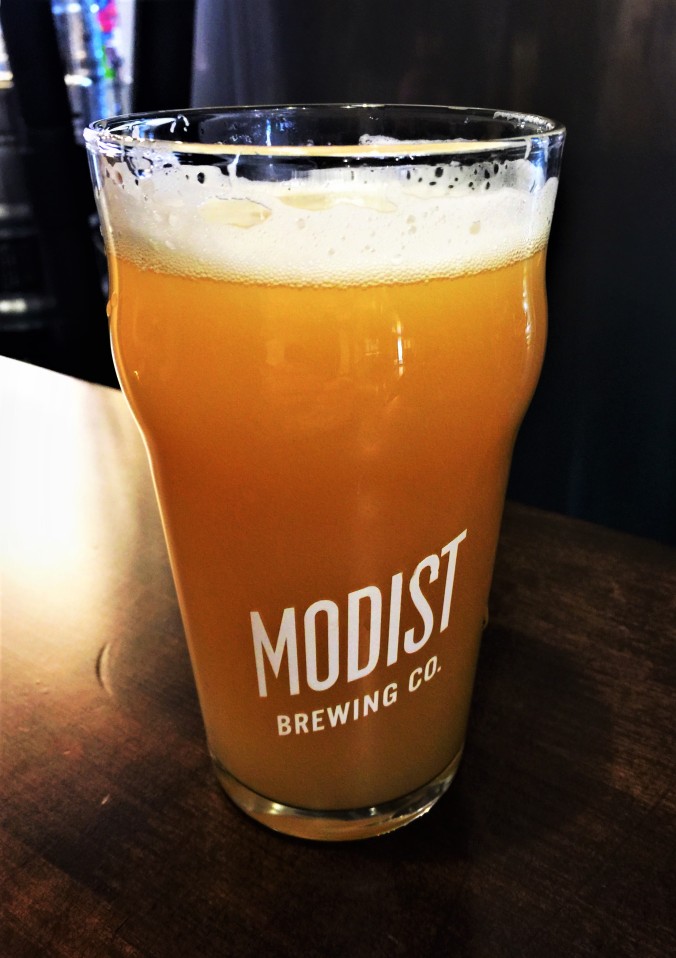